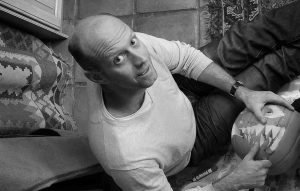 As a practice we believe that the strength of architecture lies firmly in the experience of everyday life. It is a given that building must be fit for purpose but it must also, at its best, reveal a poetic content. We believe that our skill, as architects, must meet the most practical challenges of construction, and give space to the less tangible issues of architectural culture, aesthetics and social and environmental responsibility

Amongst our current European projects are a new-build duplex penthouse added to an existing 11 storey building in Geneva and the restoration and re-modelling of a large finca and out-buildings in the Balearic Islands.  In London we are restoring and extending several Listed buildings in Kensington & Chelsea and Westminster and replacing a warehouse building in Bloomsbury with a new 5-storey headquarters building for a financial institution.

Nico Warr was born in the UK in 1974 and brought up internationally. Having gained his Degree and Diploma in Architecture at the University of Edinburgh, the Royal Danish Academy of Fine Arts in Copenhagen and the Aalto School in Helsinki, Finland, he began his career as Metis Architects, in Ireland; winning the RIAI Award 2001 for his Tom’s Bar project. Since then he has been based in London; with RIBA Award-winning practice Seth Stein Architects and most recently as Nico Warr Architects, completing a number of buildings, including one-off houses in Notting Hill, Chelsea, Kensington and Holland Park in London; Lansdown, near Bath; and in Provence, in the South of France. Non-residential buildings include an equestrian centre on the Mornington Peninsula near Melbourne, Australia; a pool and pool house in Provence, France; the head office of a prominent law firm on Queen Street Place, London; and the David Roberts Collection gallery in Camden, London